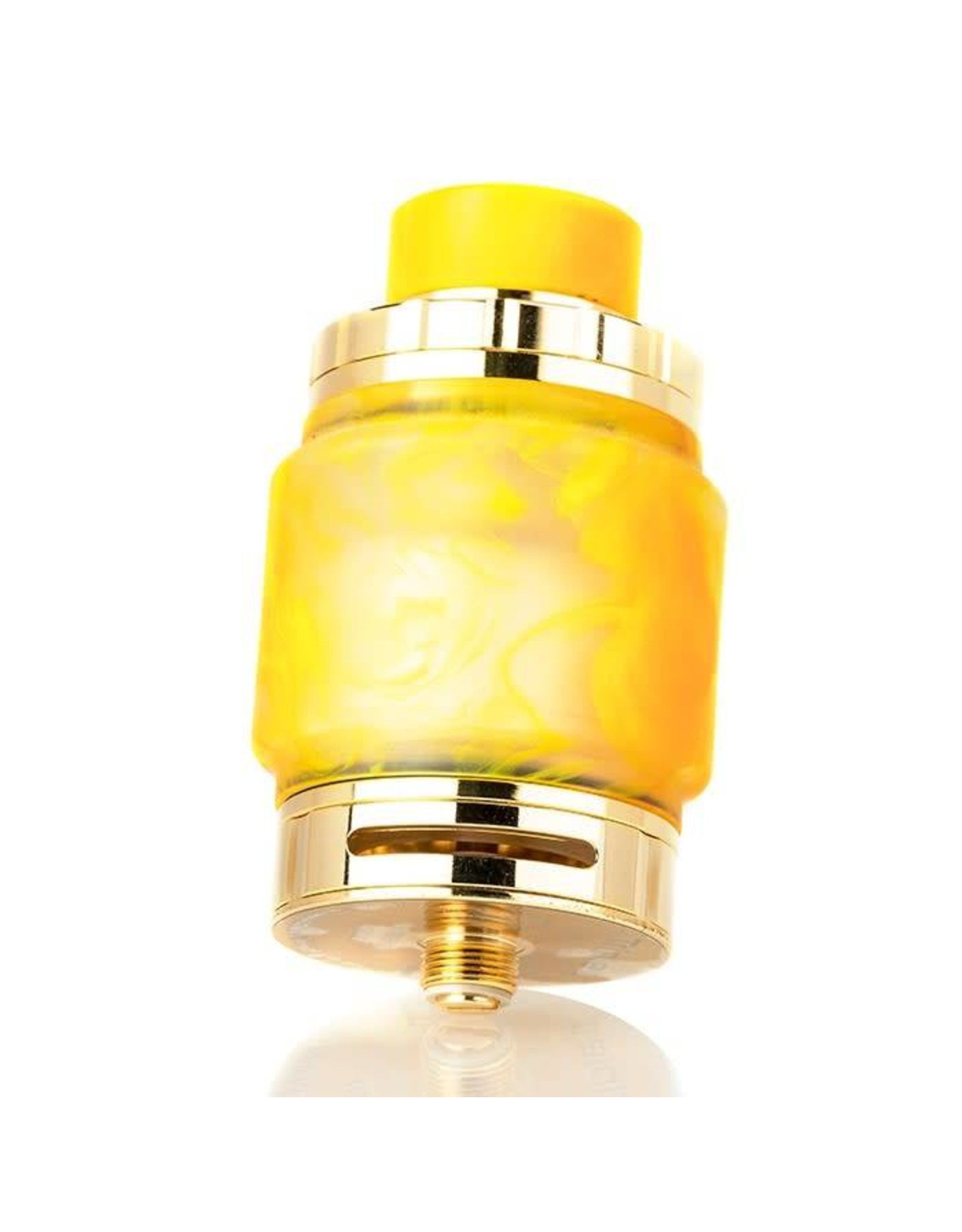 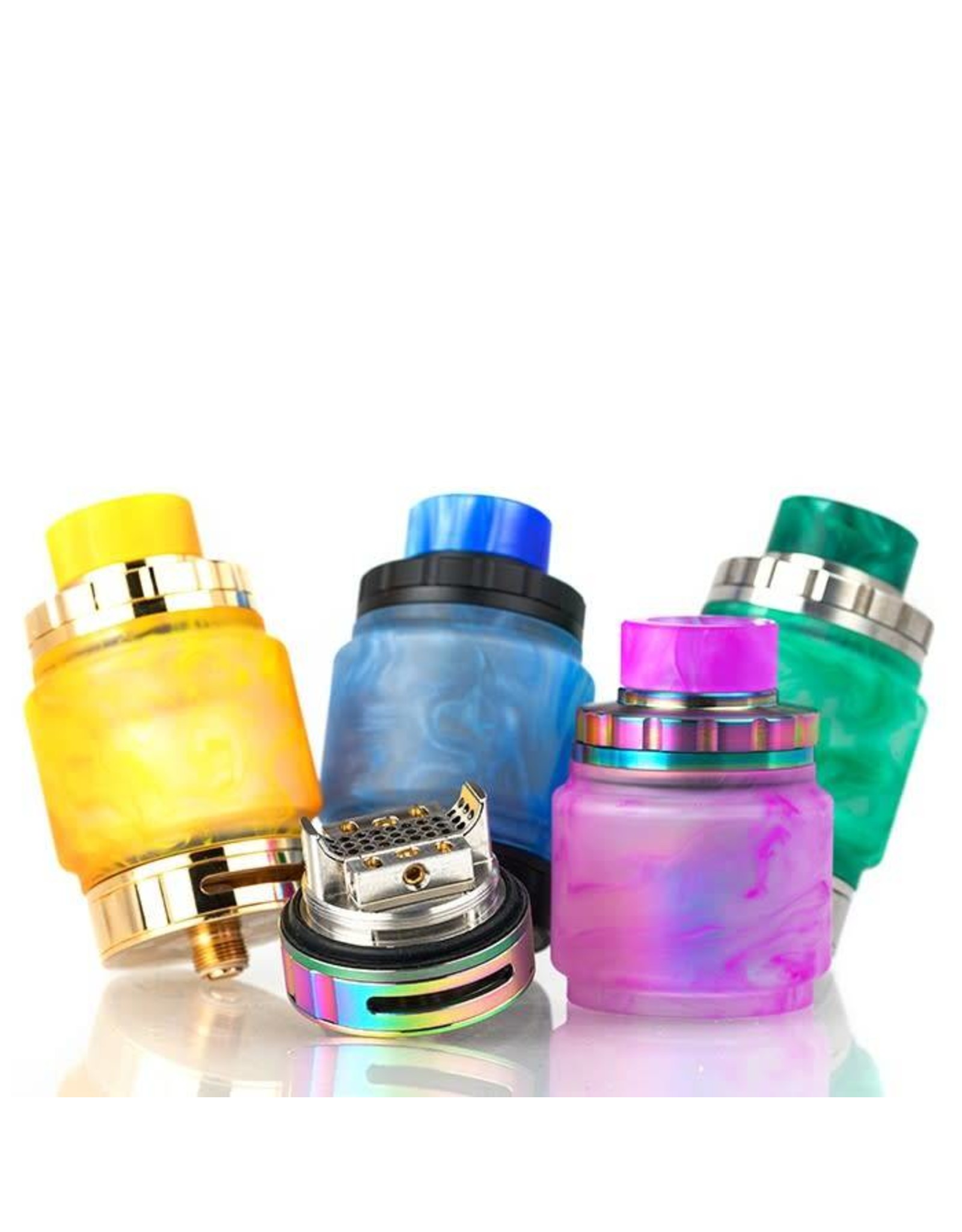 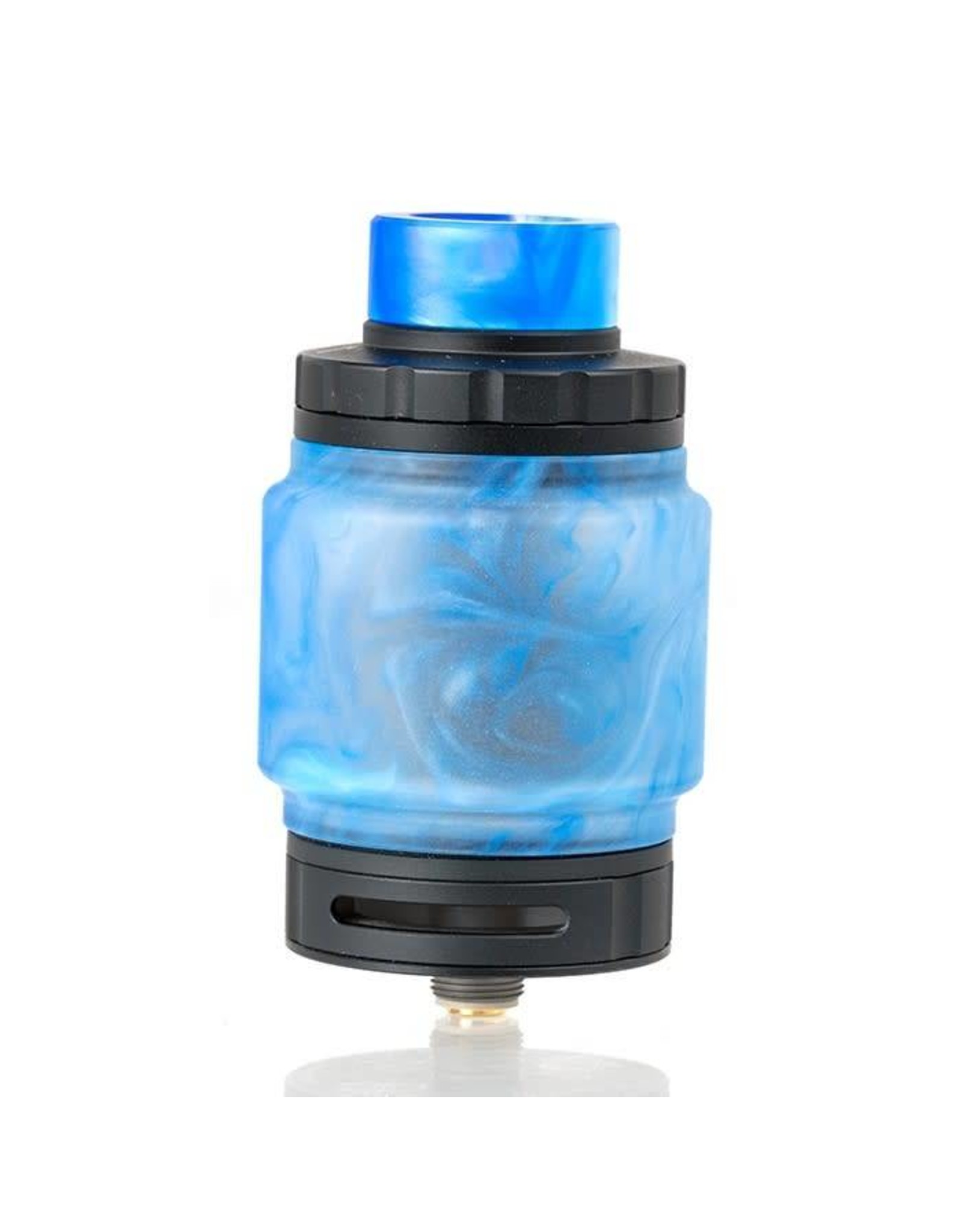 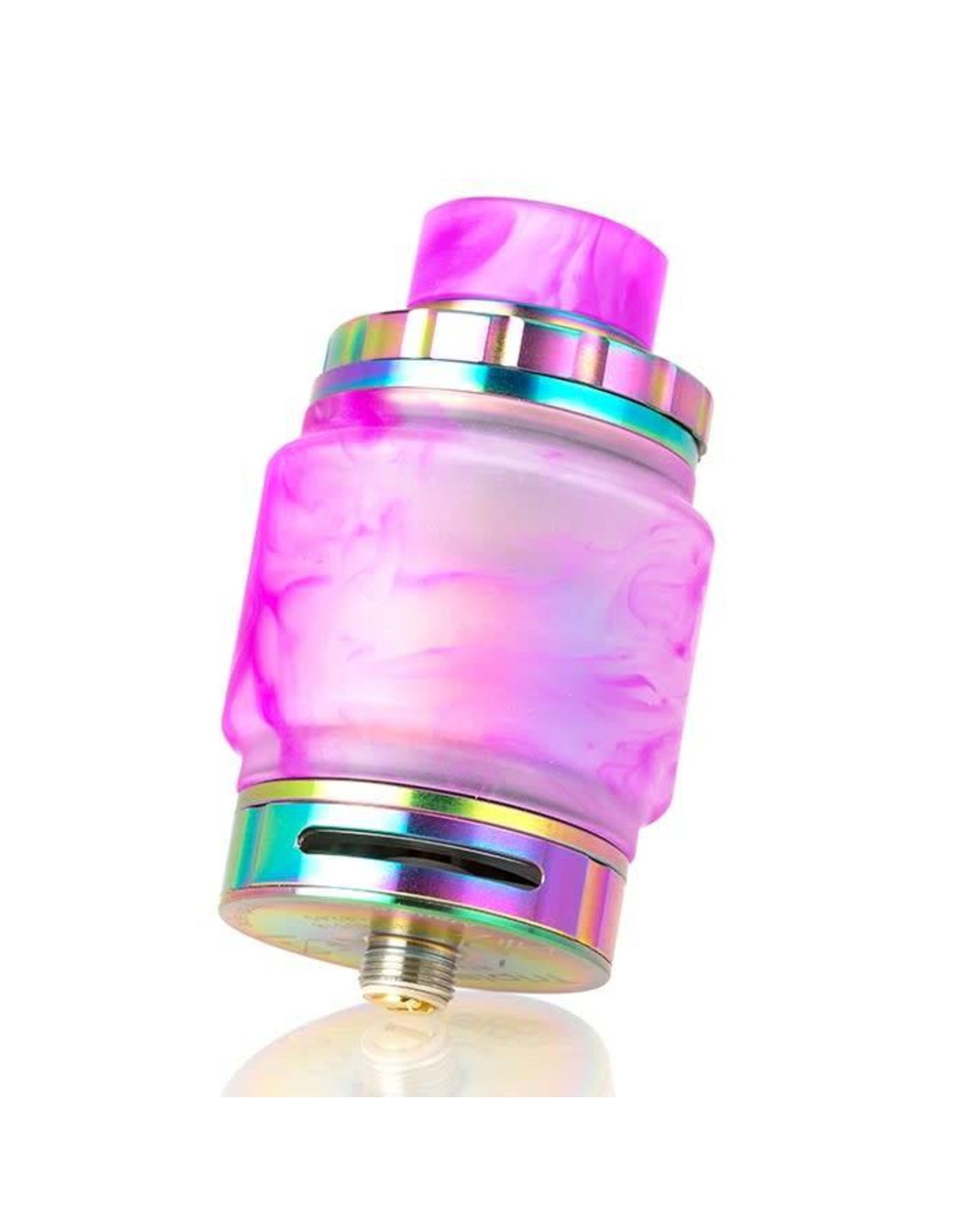 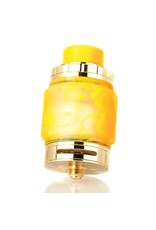 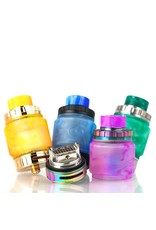 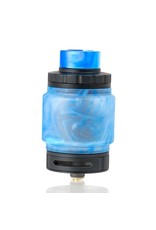 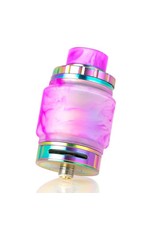 The Triple II 28mm RTA is the successor of the Triple RTA, born out of collaboration with Vandy Vape and VapingwithTwisted420, featuring reworked characteristics such as improved layout of the postless 6 terminal build deck, 7mL maximum juice capacity, and an upgraded Slide-Out Top Fill System. Measuring at 28mm, the Triple 2 RTA is larger than the average RTA with a staggering eJuice capacity of 7mL, thanks to the included bubble glass. Created for novices and advanced users alike, the Triple 2 has a postless six-terminal build deck, with plenty of space that can operate on a single, dual, or triple coil configuration, fastened by side-secured hex screws. Due to the lack of posts within the spacious chamber area, the internal design frees up build space while accommodating larger coil structures and options for advanced Dual or Triple coil system builds. Airflow enters through the massive set of dual adjustable bottom airflows and concentrates upwards towards the coil with 33 small holes in U-Shape configuration, allowing for a honeycomb airflow channel that spreads in every direction. Due to its massive size and many upgraded features, the Triple RTA V2 is an appropriate successor and is sure to be found in the collection of any serious vaper who likes power or enhanced flavor.

Add your review
0 stars based on 0 reviews